The first time I was in the United States was in 2004. I was an exchange student who had moved from an urban European mass university to a small liberal arts college in the Midwest. George W. Bush was still president and would win a second term while I was there. At the age of 23, I stayed in a dorm full of freshmen, and did not especially care to be lectured on “no sex before marriage.” After two weeks, my RA took me aside, and asked me why I rarely ever smiled. I  explained to her that I was miserable, homesick, and hence did not see a reason to smile. But, I also confidently told her, I knew it would get better soon. Sometimes, you have to ride the bad times out. I considered (and still do) myself fairly optimistic in that way, and almost fell off my chair when I received a phone call from a worried sounding school counselor- what could be done to make me happy? I still replied, nothing. Things suck, but they couldn’t suck forever.

This in very broad strokes is my attitude to my Crohn’s. Sometimes things suck. They suck big time, they suck ass, they are terrible. I could have done without the five surgeries, trans-rectal drain, post-surgery pain, endless recovery, fatigue etc. I did not ask for them, and when they came, I suffered. Generally, I try to not take it out on my loved ones, and I am also trying to be a pleasant human being most of the times. Unless, someone tells me that my attitude can change “a lot of things” and that negativity and stress causes my Crohn’s.

The “positive thinking” movement is harmful, counter-productive and a blatant expression of privilege. I may repeat some of Sara Ringer’s take-down of “positive thinking”, but the topic is important enough that it bears repeating.

I am not against being positive per-se, and I don’t think that trying to look for the good in a certain situation is wrong. I also don’t think that mediation techniques are evil. But here is an example where they work vs when they don’t work:

When I fell off my bicycle as a kid, and my knee was bleeding. My mum would clean it out, put a really colorful band-aid on it and sing a little song.  Between picking out the coolest band-aid and listening to her song, the burning sensation didn’t feel as horrible as it had five minutes ago.

Telling me to go on a “dream journey” and repeating positive mantras in my head when I have post-operative pain and can’t sleep won’t work. It will reveal your privilege of being able-bodied, your ignorance and utter lack of empathy.

Being pragmatic, making the best out of a crappy situation are values I was raised on and values I aspire to live as well. To do this however, you need to acknowledge that not everything can always be hunky-dory. As my dear grandfather would say, you can’t turn horse shit into gold, but you can use it as fertilizer for your roses. 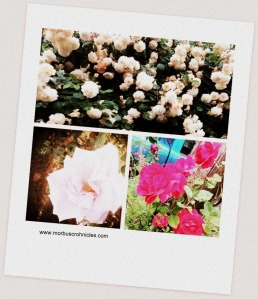