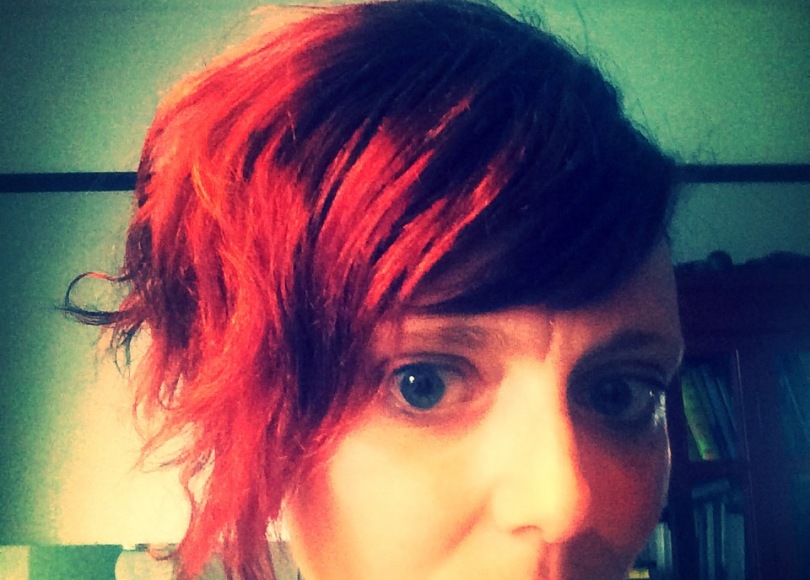 I have always had weight fluctuations. Spoiler alert: All of them had to do with Prednisone….

In the eighties, there were not a lot of options to treat Crohns- steroids and Azulfidine was it. When I was about ten, Imuran came on the market. It helped, but usually only in conjunction with….drumroll… prednisone. So over the years, I’ve had my fair share of steroids, tapering etc. With every steroid cycle, I gained weight. You see, I was HUNGRY. And then I was tired. And my joints hurt every time I moved. After my nap, I’d usually eat again. Vicious cycle. I also wore glasses and braces for my teeth. Nope, never was homecoming queen. During my teenage years, until I was about 18, I didn’t let anyone take a picture of me, if it could be avoided- in my eyes, I was fat, ugly and as a direct consequence, unlovable. In reality, I was probably chubby, but not even close to overweight. My mother, the feminist that she was (still is), was hurting too- her generation had fought so hard that women should not be defined by their appearance, and here her oldest daughter was depressed about her appearance. And depressed I was. Fears of being a spinster were accompanied by anger over my lack of self-discipline. Because that’s all it took, right?

This was also the nineties- the time of rail-thin so called supermodels. Naomi Campbell, Kate Moss and in Germany Nadja Auermann, were sporting the so-called “heroin chic.” Every damn fashion and women’s magazine was talking about yet another diet to lose even more weight. In my circle of friends, we had regular diet fests: We’d tell each other how we ate nothing all day but three crackers (15 cal each) and skim-milk yoghurt (150 cafor the vitamins). The anorexia our parents and teachers warned us about was dangerously glamorous. The youth books that were dealing with anorexia also rather glorified the disease.  I obviously was the first to fail these diets, because prednisone or not, I love food. (If nothing tastes as good as skinny feels, Kate Moss, you try crunchy fried pork belly with curly fries at Lardo.) But, it isolated me from my friends, making me the weak one, the odd one out they’d let tag along out of pity (or to make them look even skinnier).  Once I was hospitalized in a flare, and none of them even called, I realized that they weren’t my friends (you didn’t see that one coming, right?). I still blamed myself. If only I had been more athletic, better at dieting etc. Years later, one of them contacted me to tell me that she was diagnosed with Colitis and had thought of me so often now. (She’s still a skinny bitch. I know I am an asshole to say that, whatever.)

Now, looking back, I am annoyed. I think of all the wonderful ways I could have spent the time I obsessed about my weight and I get angry. I could have read books, watched great movies, spent more time with actual friends and my family who told me all along that I was right just the way I was!

I am angry that even to the day, I try to suck in my cheeks when a picture is taken and have it taken at seven different angles. So much for spontaneous snapshots. That I was in a crazy way almost happy that I lost weight in the hospital (once I realized I was too weak to make it up the stairs by myself, reason won over). 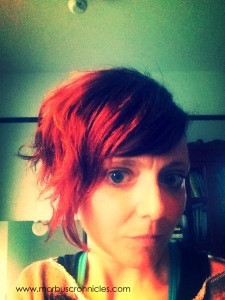 A quick google search shows that I am not alone: from forums, to actual studies– a lot of people struggle with this. They want to be healthy, but also look healthy.  And then I feel guilty about even THINKING about weight issues, when I can be lucky to be alive. Guilt however, is a rather unproductive notion (unless you’re a catholic priest, then it’s your bread and butter). I’d rather focus on being other things than big or thin. Say if I had really died back on Jan 24th- would I really want people to remember whether I’d fit into a size whatever? And I have to take myself to task about my own feminist/humanist practice (heck, in another life I even pretended to be a feminist scholar): I get upset every time I hear about some sort of body policing, and yet I have internalized the same mechanisms!

So, I’ll be kinder- to myself, to others, and try to see beyond what’s visible. (I still love fashion though!) That’s all I can do.