Dear Medical Facilities around the World:

Change your background music when you place people on hold. I know that at some point some study was done that classical music supposedly calms people and changes their mood for the better, but you know what? It’s not true.

Here are the most played classical pieces when you are put on hold on the phone, based on my experience:

3) Pachelbel- that effing canon in D! Already annoying at weddings, does it have to be here now too?

I love classical music, and I don’t listen to it often enough. So imagine how I feel when after 30 seconds of eine kleine Nachmusik (never mind that it’s at 9am), a voice interrupts and tells me “your call is very important to us. Please stay on the line.” I somehow doubt that after 30 minutes, roughly 27 assertions  and 30 second increments of classical pieces that I would like to listen to in their entirety, at some other point in time, when I am not trying to talk to a nurse, doctor or schedule an appointment, that my call is so important. So when I am cranky by the time you get to me (often enough you don’t but kick me out of the line anyways and I can call AGAIN), now you know why. 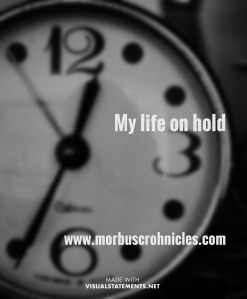 Here is a little playlist that I put together for you that starts playing in my head when I am on the phone: