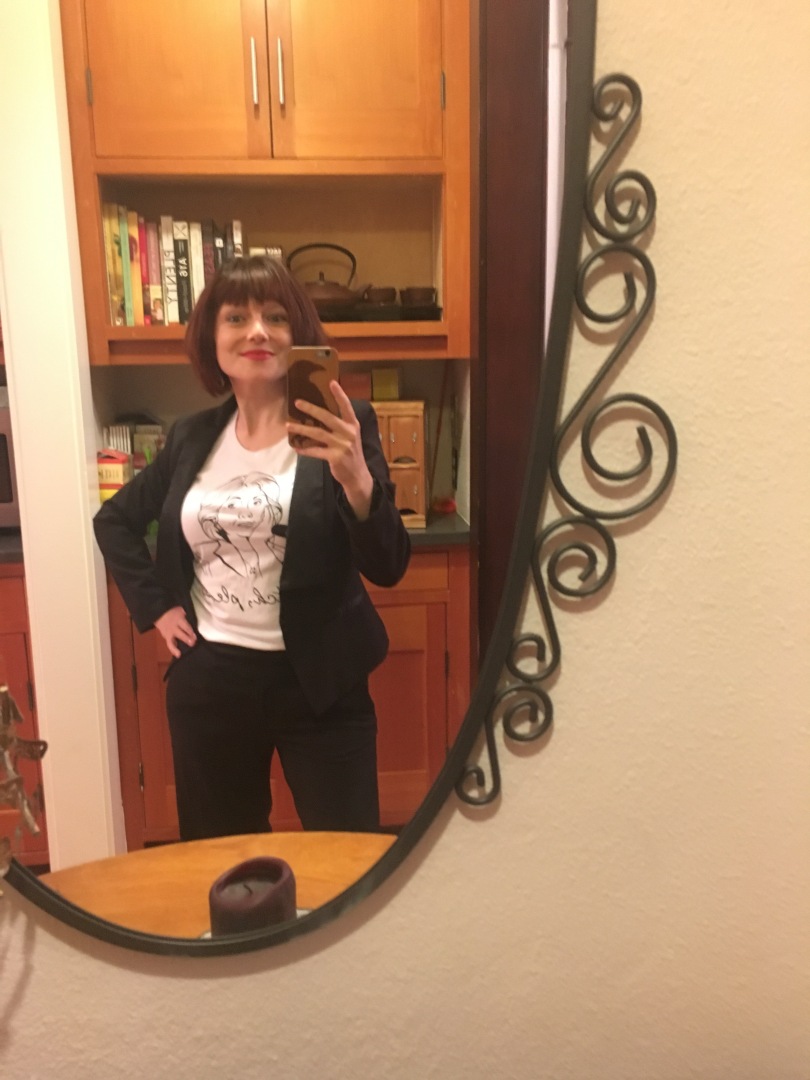 Last night, I was afraid for my future and others’. I am an immigrant, and I am female. Just like any woman, I know someone who has experienced sexual violence, not to mention the daily sexism. Many of my friends are members of the LGBTQ* community, I care about environmentalism and freedom of religion.

This morning, one day too late, the “pussy grabs back” t-shirt that I had ordered arrived. I cried a little more. Then, I looked at my cat Freya, who sauntered into the kitchen. Freya is nine years old and used to be a stray before she came to my house (and stayed). I have watched Freya catch animals larger than herself over the year (many brought as a present). She sits, watches everything. Everything. And then she pounces. And does it again. She doesn’t give up, until that mouse is hers. I am not calling for violence, but I will make this mindset my own. This is not the end, it’s the beginning. Progress isn’t linear.

I come from the country of Sophie Scholl, and Otto Wels, and Admiral Canaris, and Rudi Dutschke. I live in the country of Rosa Parks, Dr. King, Cesar Chavez, Susan B. Anthony, and John Lewis. I will make them proud.