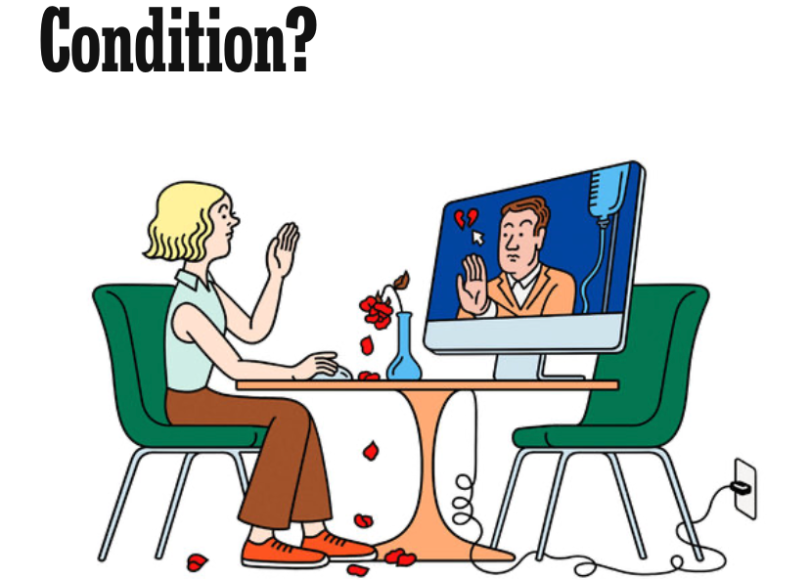 The New York Times has done it again.

First, they invited a racist senator to write an op-ed, didn’t read it before printing it, and were surprised that a) it was racist, bellicose, and badly written; and that b)  people were actually upset.

Then, on June 9th, The New York Times magazine’s column “The Ethicist” ran a story  with the title: “is it ok to dump him because of his medical condition?” The questioner had met an amazing man, who had disclosed that they had Crohn’s Disease, and mentioned that there is a chance it could get worse.  (If this was an AITA thread on reddit, I’d probably answer with a resounding “YES”, but, it is the mighty New York times, that prints all the news that is fit to print.) The answer was amazingly insufficient, insensitive and astonishingly obnoxious: “You don’t owe it to anyone to accept that burden; indeed, if you think you don’t want such a life, you have a good reason not to enter into the relationship”, writes “The Ethicist”. After another outcry from readers, the ethicist published an addendum, admitting that they should have been more specific about Crohn’s, mentioned that no two people experience the exact same disease, and that reducing someone to their condition is a terrible thing to do. They should have made that clear.

What’s happening at the New York Times? Do they need a workshop on how to research and edit before you publish? I have great advice: if there is a chance that what you write is racist, sexist, homophobic, ableist, perhaps, only perhaps,  you don’t print it? Just an idea.

I also don’t want to write about how immature the question of the column is- as if anyone could predict how healthy or not they could be over the course of their lifetime. Health is not a binary. The Ethicist’s advice should have been “if you are unable to see someone for anything but their condition, you should not enter a relationship, because, really, you’re thinking about yourself.”

But what I do want everyone else with Crohn’s, IBD and other medical conditions to know:

You are not a burden, and you deserve to be loved.

I could give you plenty of examples of how people made it work, such as my grandparents. Over the course of a 59 year marriage, they dealt with several surgeries of my grandmother (including a kidney removal), diabetes and ankylosing spondylitis, macular degeneration, heart attacks, and an accident that involved blunt force head trauma. They also had three children, and started with literally nothing in postwar Germany. They had one of the happiest marriages I have ever seen. If I had asked them whether they see the other and their health problems as a burden (and it didn’t even occur to me to do so!), I am pretty certain they would not have even understood the question.

If you have a partner who makes you feel that you’re a burden, or tells you so, leave them. It’s not you, it’s not your disease, it’s them: They are abusers. If you were perfectly healthy, they’d find another reason to be abusive.